Skip to content
Our trip to Georgia was a busy one!  But so much fun.  I was so scared to fly with both girls because with two when it gets bad…it is epic.  Thankfully they were really good!  Paisley loved the airplane and thought it was so cool to fly in the sky like Rainbow Dash (my little pony).  Speaking of which, we bought a new pony for both the trip there and the trip back and that seemed to help.  It gave her a reason to keep up with us because she knew when we got on the plane and all settled and took off that she would get her new pony (which she helped pick out before).  I also invested in lots of stickers and new fun treats and she actually stayed awake the entire drive to Vegas, the entire flight and almost the whole way!  We started off visiting my sister and her husband and 2 boys.  She loved their backyard and playing and running around with them!  They have a cute little house out in the middle of what looks like a forest!  It was really pretty! 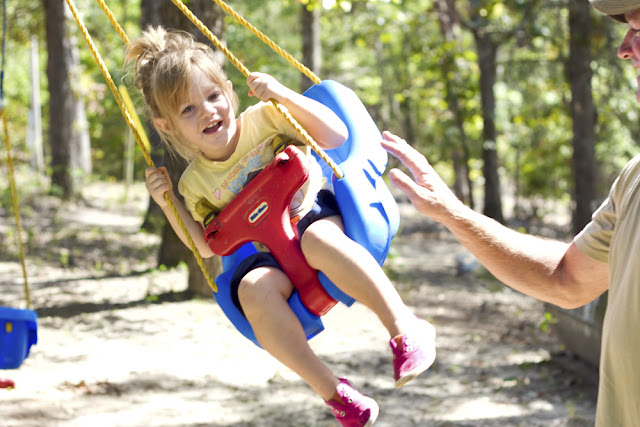 She loved the swings!!  They went SOO high and she thought it was great.  She could not to be happier having 2 cousins to play with! 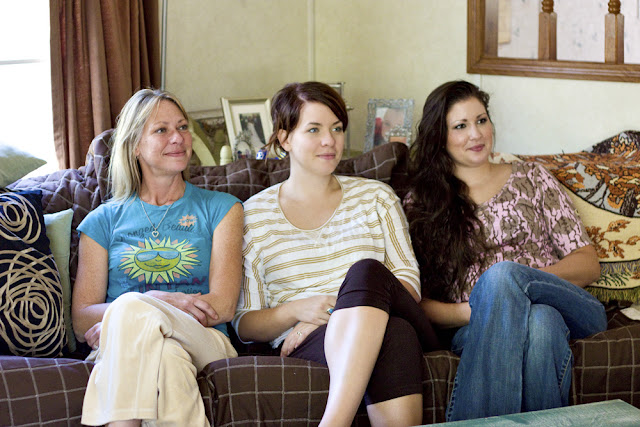 These are my 2 bio-sisters.  One is my half sister and one is my full sister and only 11 months older than me.  (And she looks like Pocahontas…apparently we\’ve got some native in the family). 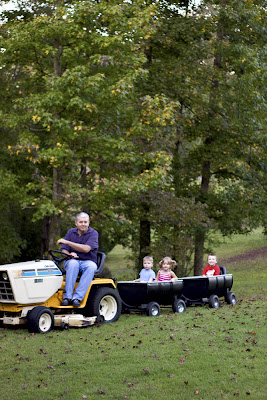 I am now that much more curious about what my children will look like!  After being there we all traveled to visit my biological father and his wife.  They have a gorgeous house and backyard and he’s built this darling little train for the kids.  They loved it!  It was great because there was so much room for them to run around and play and chase each other and they have so many fun toys inside for all the grandkids too! Everywhere we went everyone was feeding us delicious food and we were completely spoiled. 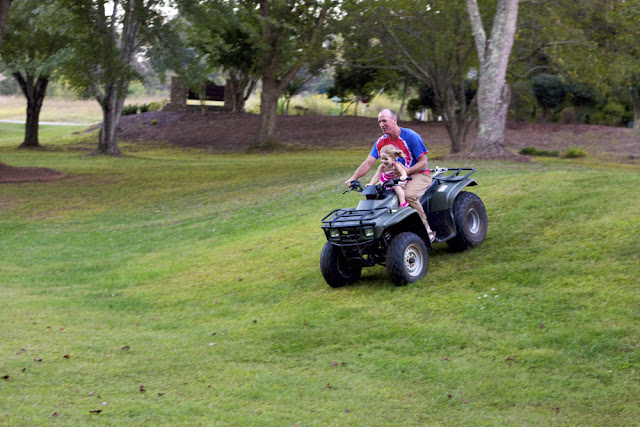 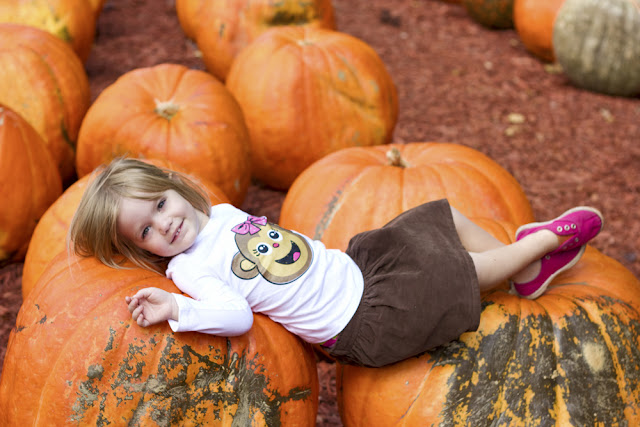 We also went to this cute pumpkin patch-I\’ve never seen so many pumpkins all in one place and so huge!  The kids had such a fun time running around and the pumpkins were plenty big for Paisley to lay on them! 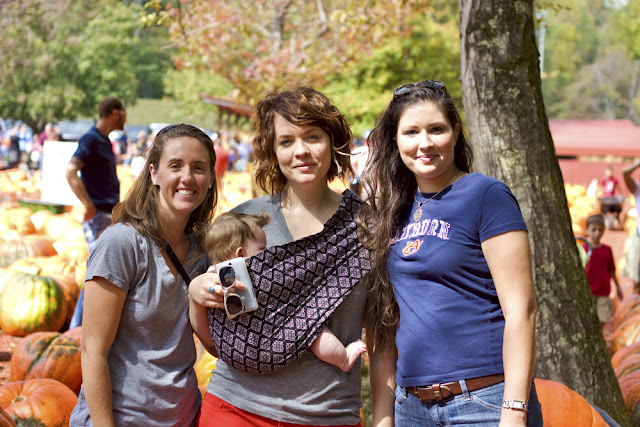 We also met my other bio-sister up at my biological father’s house.  She is my other half sister and I just love her.  I still can’t believe we both walked out of the house wearing the same shirt and didn’t realize it until well into the day! 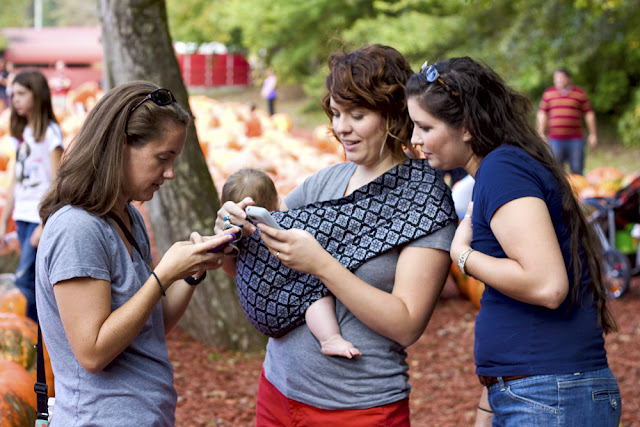 All the similiarites with all my sisters was crazy! 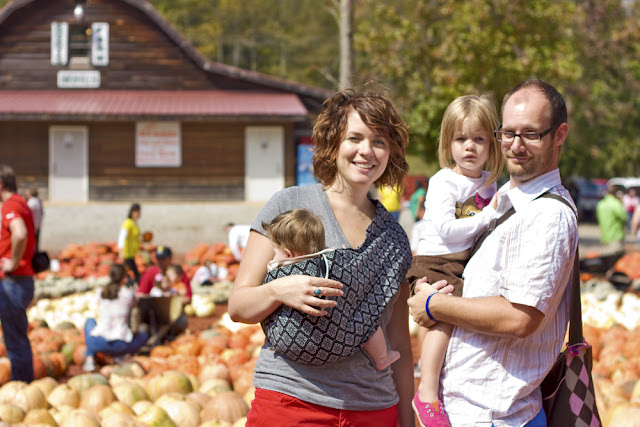 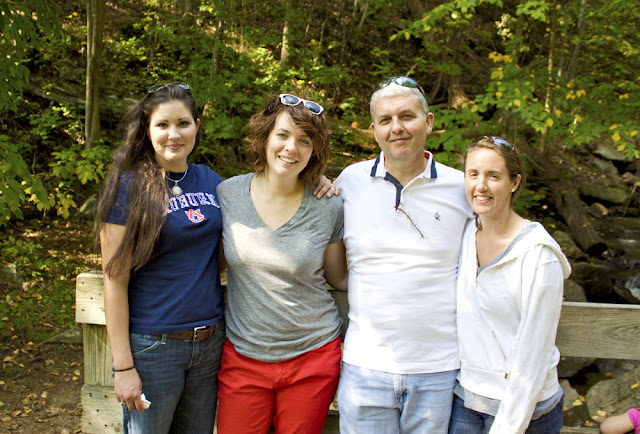 My biological father was really excited to have all of his girls all together.  We were pretty excited to be all together too 😉  Before we left we were able to meet my biological grandmother and she looks identical to Stella!!  It was crazy!  We figured we would probably meet who she is (she’s not me or Jon!) on our trip and we did! 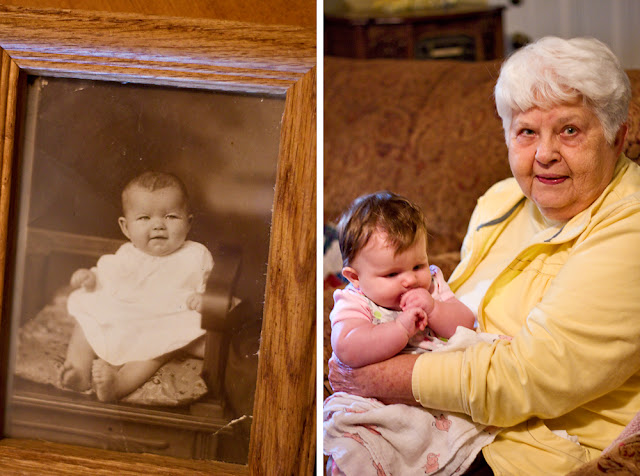 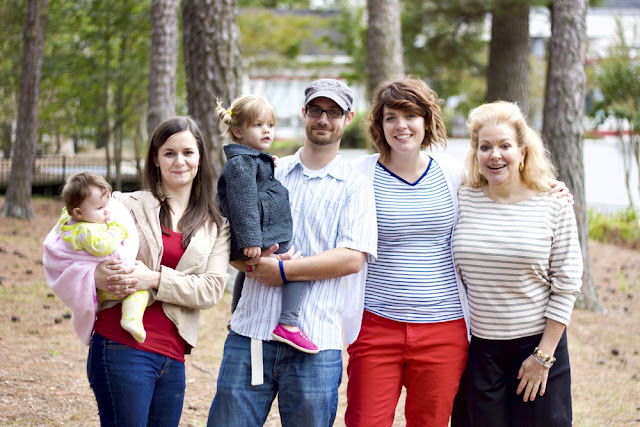 Finally, at the end of the trip I met my biological mother.  We brought the camera crews for that part so meeting up at a park seemed like the easiest thing to do (instead of bringing that racket to someones house).  I actually feel like I had the most one on one time with her.  We spent most of the day at her parents house (my biological grandparents) and it was wonderful to meet them. 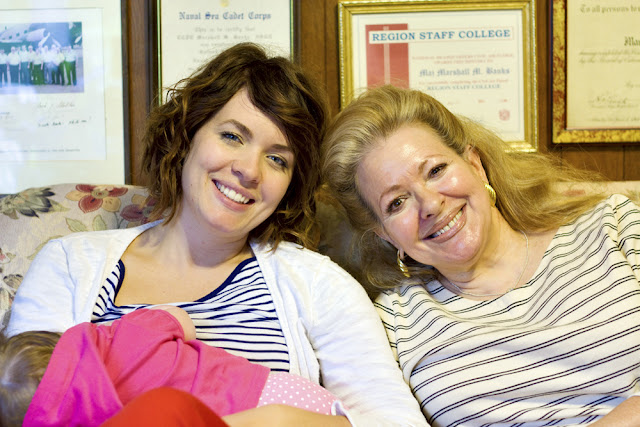 The next day we traveled home.  It was so nice sleeping in our own bed and getting resettled before going out and filming the next day with The Buried Life.  I\’ve heard from the camera crew and such that the episode turned out really well.  I wasn’t too worried considering they’re only a few minutes long, but I\’m glad to have some documentation of all the madness!
They kept asking me if meeting your biological family is something I would recommend.  Honestly, I feel like one in a million with the positive experience that I\’ve had.  I don’t feel like it’s often that things go so well-we truly were surrounded by so much love and I\’m grateful to have met them and to continue a relationship with all of them.
We are continually so very blessed.