This post has been a long time coming…and I still feel like it’s a bit anti-climatic.  We’re just not done…BUT we\’ve come a very long way from where we started, so that’s wonderful!!  I\’ll start with the girls rooms, because I feel like they are the most finished:

Now, we never actually got to see the house with furniture in it-these are just pictures from an old listing in 2008, but the paint and wallpaper were the same when we bought it as when they originally listed then.  Paisley’s room had navy blue blinds, Stella’s were bright red.  Both had wallpaper borders across the top and Paisley’s had a waistcotting around the middle.  Stella’s room actually still had that shelf hanging on the wall (it’s at DI, if you act fast you might could snag it!)  We\’ve scraped down the wallpaper, pried off the waistcotting, scrubbed, scraped and repaired the walls, taken down the popcorn ceiling and repainted both rooms.  Thankfully, they had replaced the whole house with new carpet before we bought it!

The living room is really difficult to truly capture, but it’s one of the main reasons we bought the house!!  It’s very large and split in half with a cut-out wall.  It actually used to be a living room and formal dining room, but we changed it into a living room/music room.  We love it. 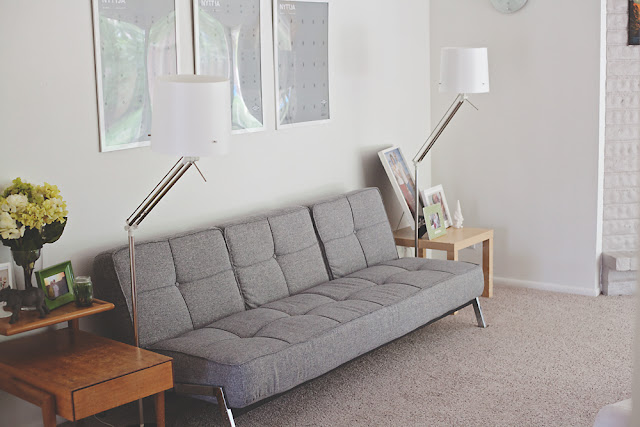 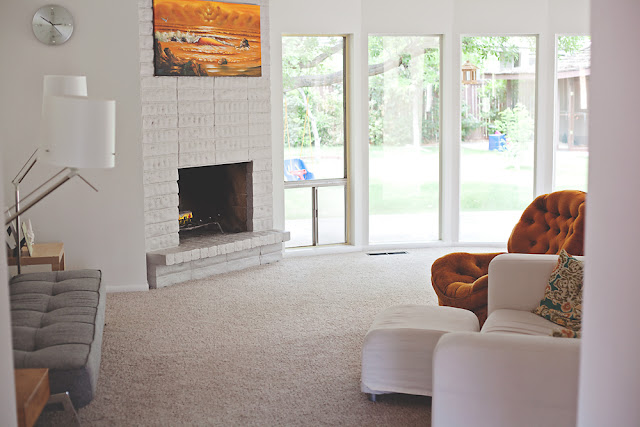 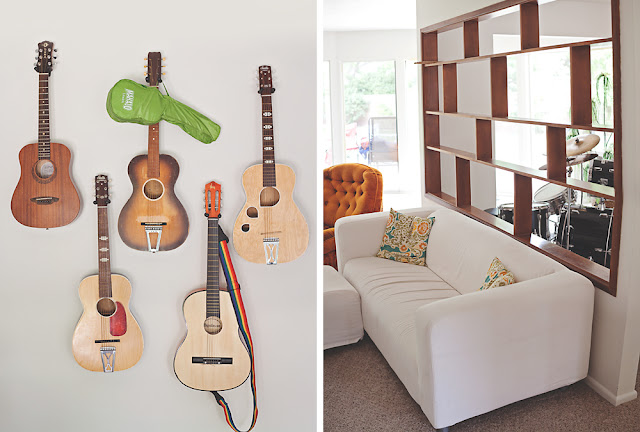 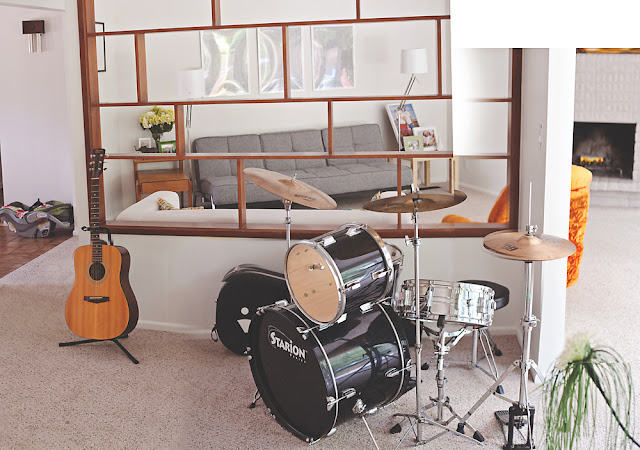 As you can see, the carpet makes a huge difference!!  I\’m so glad it was replaced before we bought it because we love it.  The fireplace originally was brown and the walls were dingy yellow.  The entire house was popcorn ceiling, so all of that was scraped down and redone.  We primed and painted everything, repairing and scrubbing as we went.  Luckily none of this living room was wallpaper, but most of the rest of the house was or at least had borders!  We painted the fireplace gray and I\’m really thinking I want to do some sort of an accent wall in here…but I\’m so scared to paint any other colors!!  We don’t even have pictures in the frames yet…it still feels really unfinished, but we’re getting there.  I\’m so hoping to have a mantle built before Christmas, but we\’ll see! 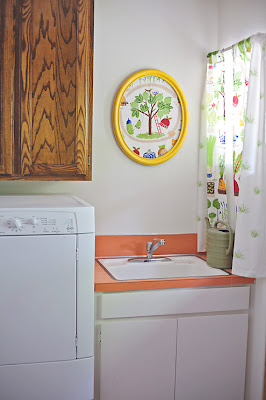 This is my laundry nook.  I loved this house because instead of having seperate rooms it really has nooks.  Everything is open and connected, but at the same time everything has it’s own place which I LOVE!!  We are so happy about our craigslist find of new washer and dryer!  I\’m sold on front loading!

Below is actually my office where I\’m currently sitting…writing this for you!!  I love it because it’s part of our family room so the girls can be playing and watching movies and I can be working and cooking and watching them all at the same time!  I also love the window so I know which chicken I need to go rescue when Paisley is loving them too much.  I might paint it…I can’t decide.  Jon says our house needs SOME texture-I can’t just paint over everything!  Which is probably true.  I just think it would be soo cute gray or white or even navy or something.  We\’ll see.  I\’m kind of thinking that most of the pictures will actually end up as befores in the long run…

I have big plans to blog about chickens and birthdays and such…someday…someday!