Skip to content
On the Tuesday before Halloween these two people showed up on our doorstep and demanded that we accompany them to Disneyland. 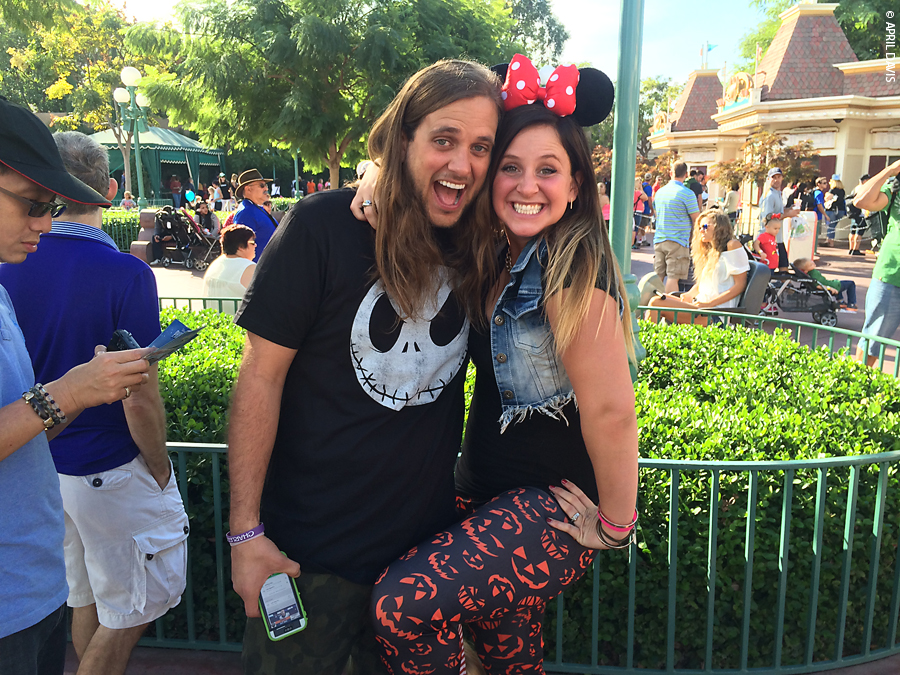 We had a long list of reasons we couldn’t go.  It was Halloween on Friday!  I had a photoshoot the next day!  I was supposed to help with the Halloween party in kindergarten!  We absolutely shouldn’t spend the money!

Somehow…we ended up in Disneyland on Thursday. 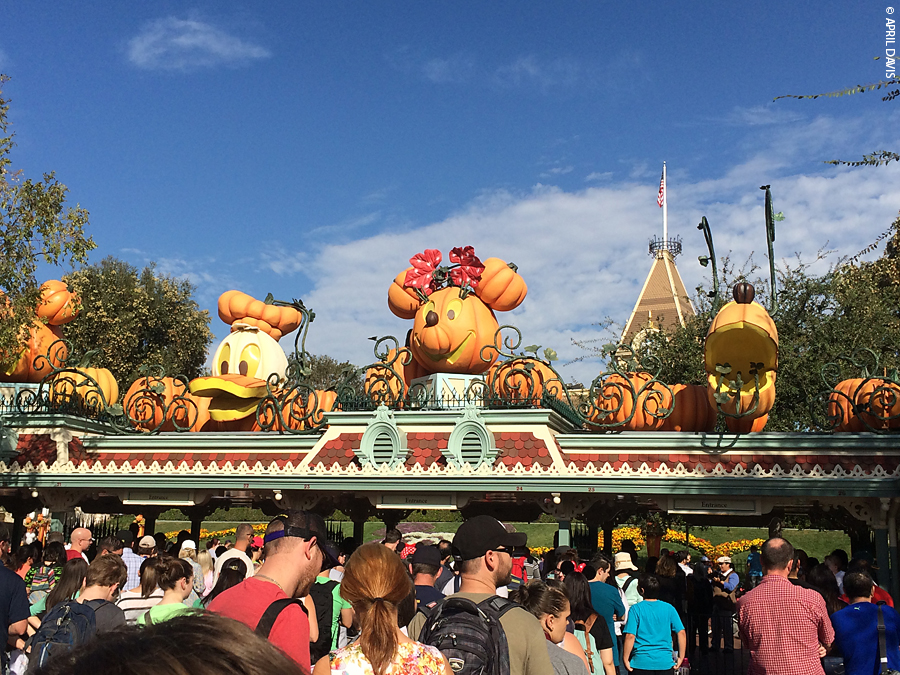 They appealed to so many things-first and foremost, Bob and Lyndi offered an extra set of adult hands to help with the children.  They love going to Disneyland and know how to work the system.  They\’ve been a few times in the last year and don’t mind wandering around with us.  I am currently not pregnant, breastfeeding and my baby is big enough to walk and young enough to justify a stroller.

And most importantly…Haunted Mansion and Nightmare Before Christmas…a dream of mine since my childhood.

We also had to swallow the fact that we\’ve sworn for years now that we will NEVER EVER take young children to Disneyland.  What a huge waste of money!  We said.   They\’ll never remember it!  It will be AWFUL.

So yeah.  We went to Disneyland. 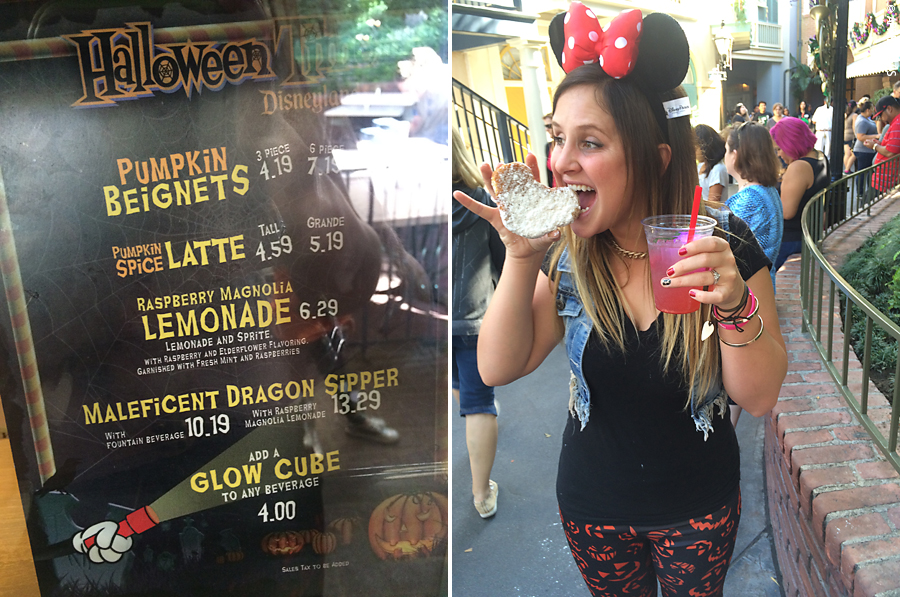 Food was a priority.  It was imperative that we spend a very little amount of money AND still enjoy some of the key treats in the park.  Pumpkin flavored beignets were #1 on the list of yummies we needed to try since they’re a special treat only offered in the autumn months. 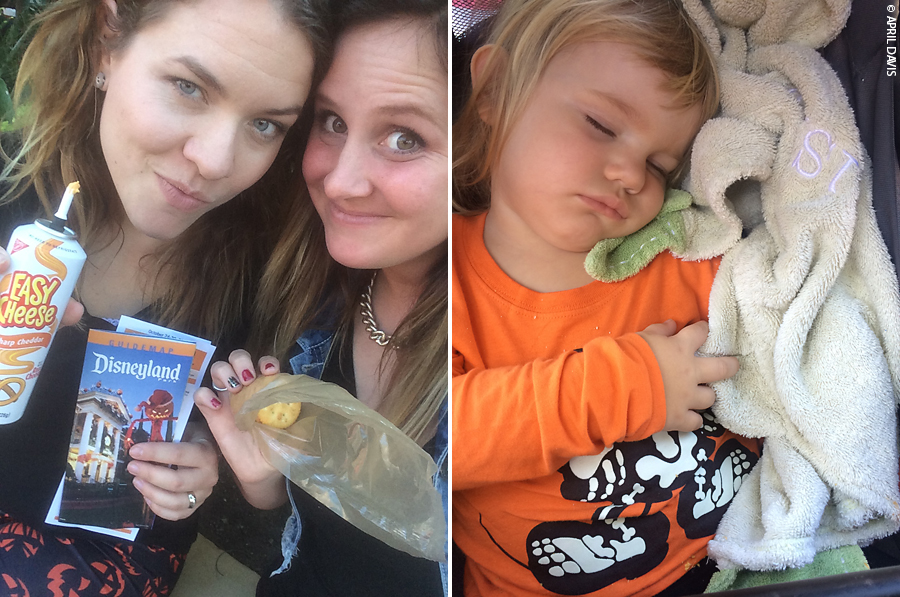 For the rest of our food we packed in lots of snacks, including easy cheese and crackers.  My children were absolutely amazing and surprisingly well behaved.  By the afternoon Stella was very happy to crash in her stroller for an hour. 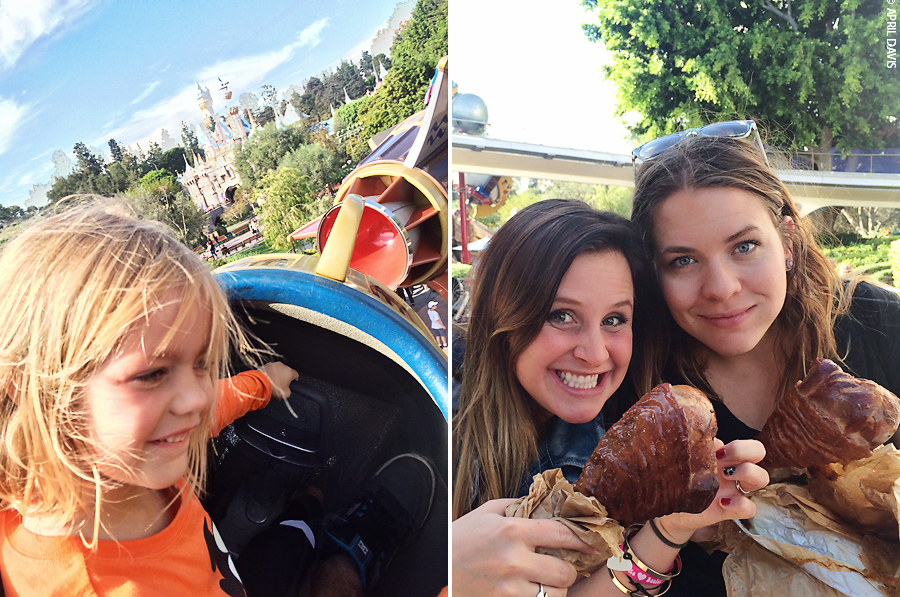 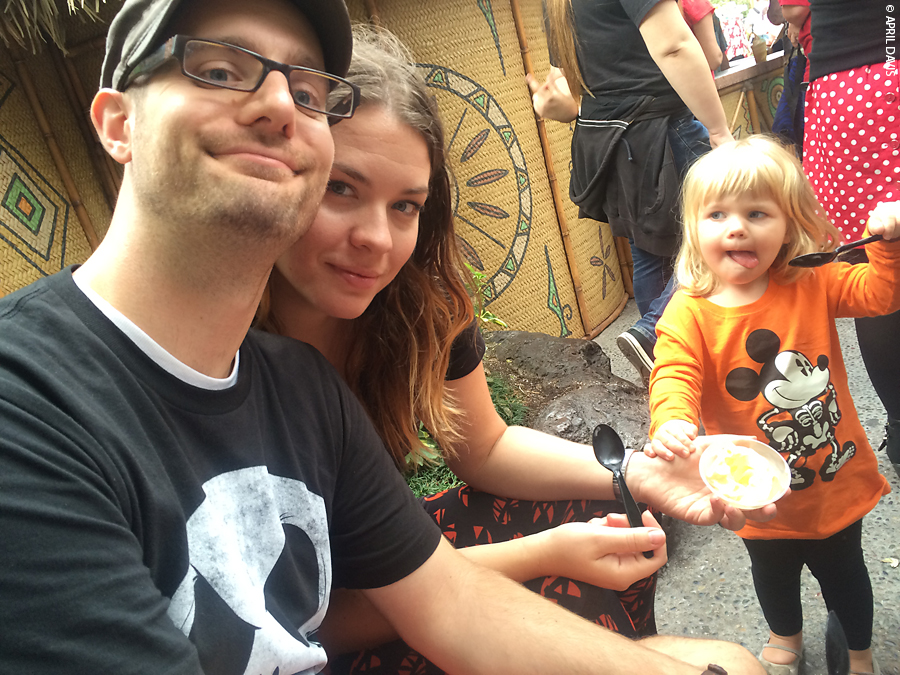 Dole whips at the tiki room!  As I\’m looking at these I\’m seeing that a lot of our pictures are centered around food…hmmmm. 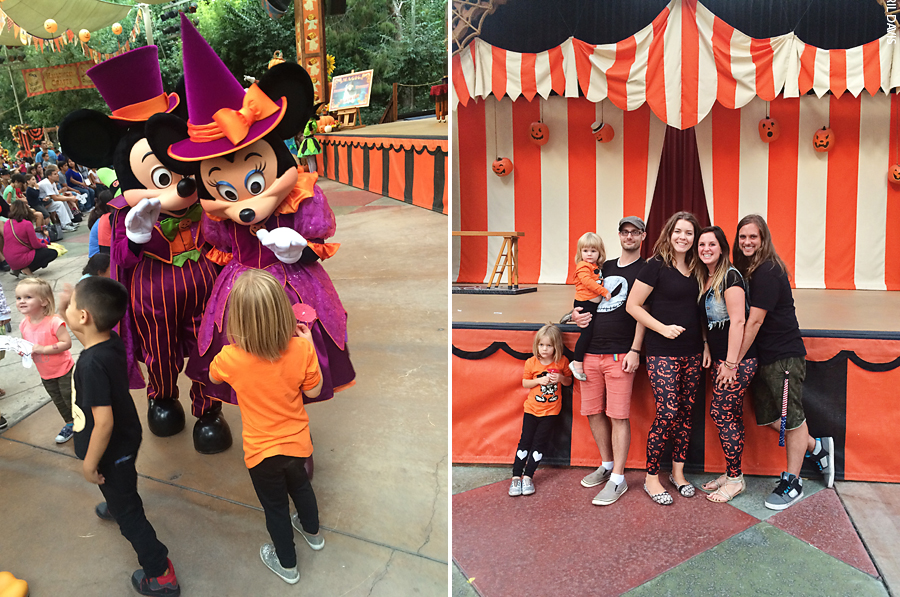 We made it to the last Halloween carnival of the day and got to meet several of the characters in costume!  It was absolutely darling! 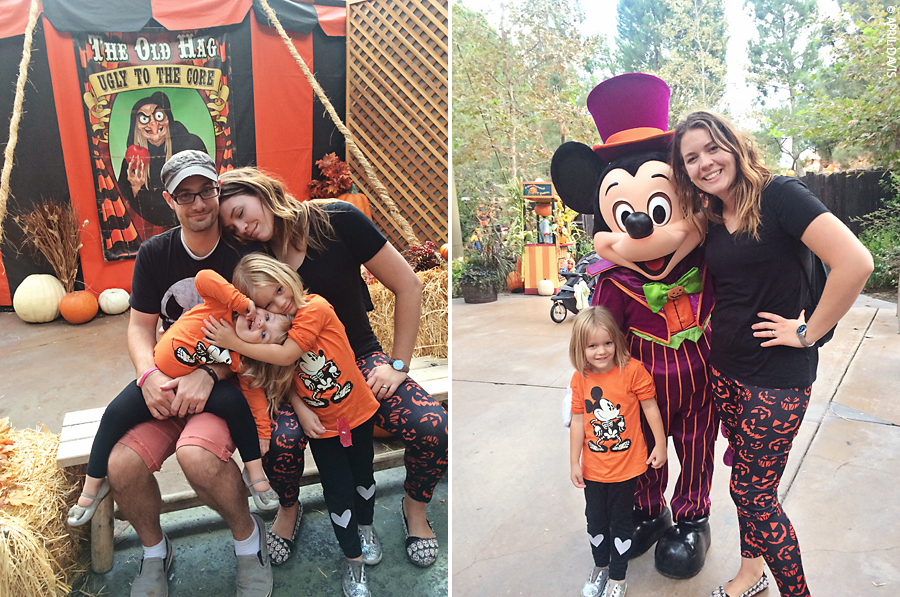 Bob and Lyndi knew how to work it-we picked out which rides were most important and got fast passes for those right away.  One couple would ride with the fast passes while the other took the littles on a different ride.  Then we would switch and use stroller passes for the other couple.  We rode space mountain and splash mountain this way and it was so awesome!  The longest we ever waited in line was 20 minutes! 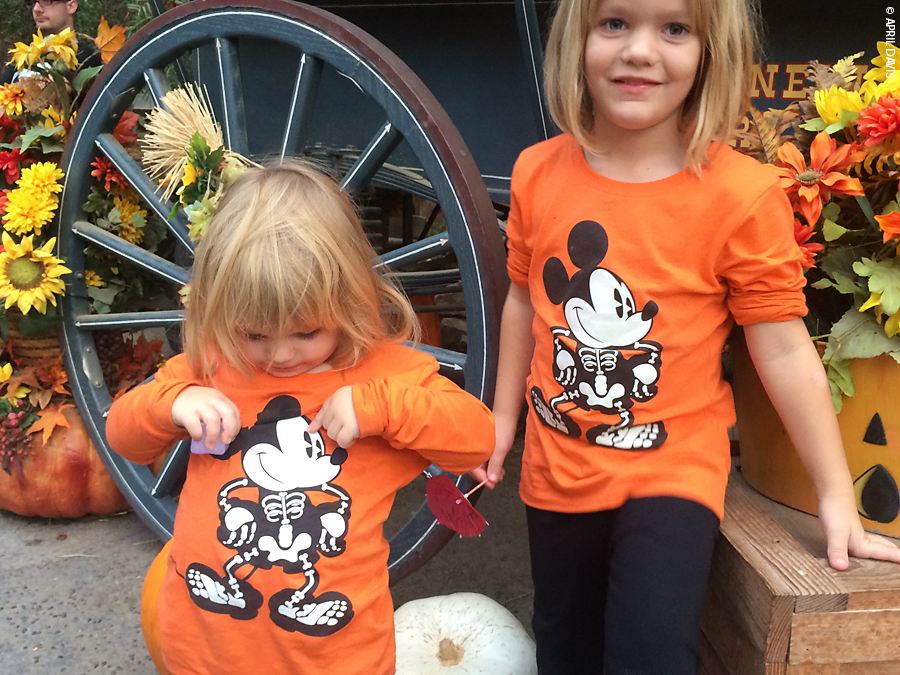 Matching outfits were a must.  I was so SO happy to find these mickey shirts at Target the day before! 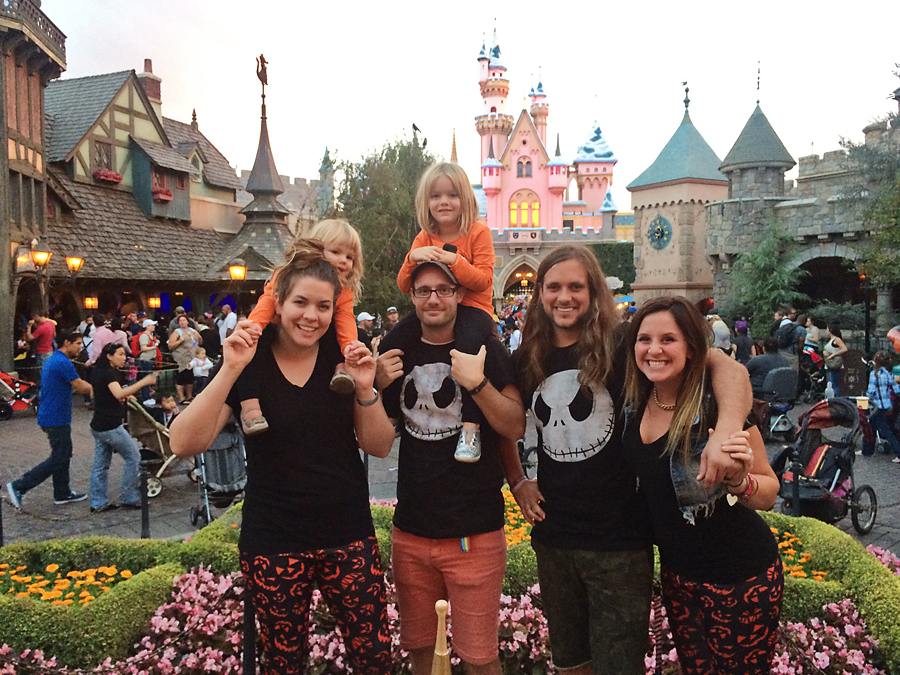 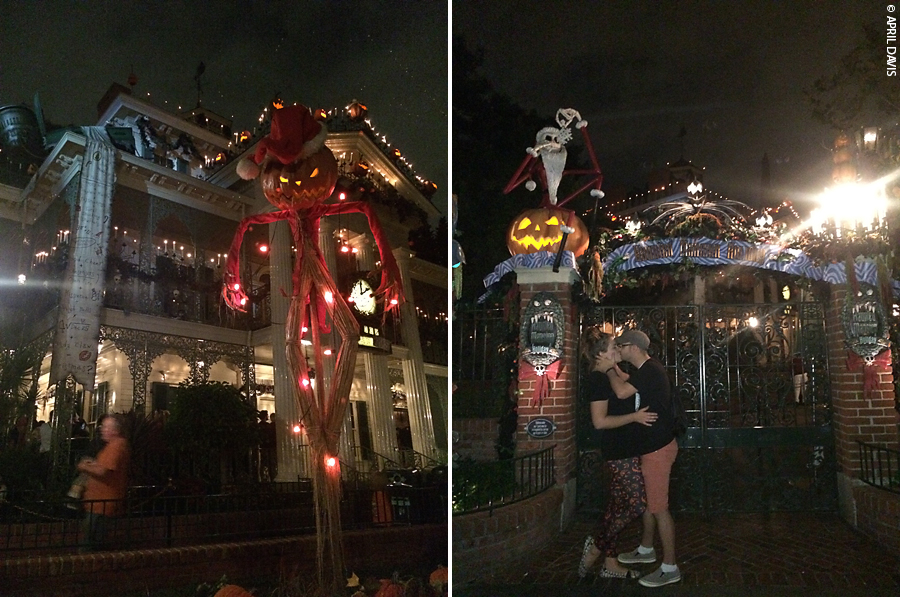 Nightmare Before Christmas was 100% worth the trip.  It was AMAZING.  I\’m very afraid this may become a Halloween tradition.

The next day (Halloween) we spent at the beach.  Also awesome!  This was the girls first time to the ocean and they loved it!  Stella promptly removed her swimsuit and refused to put it back on.  The beach was so empty I just really didn’t care. 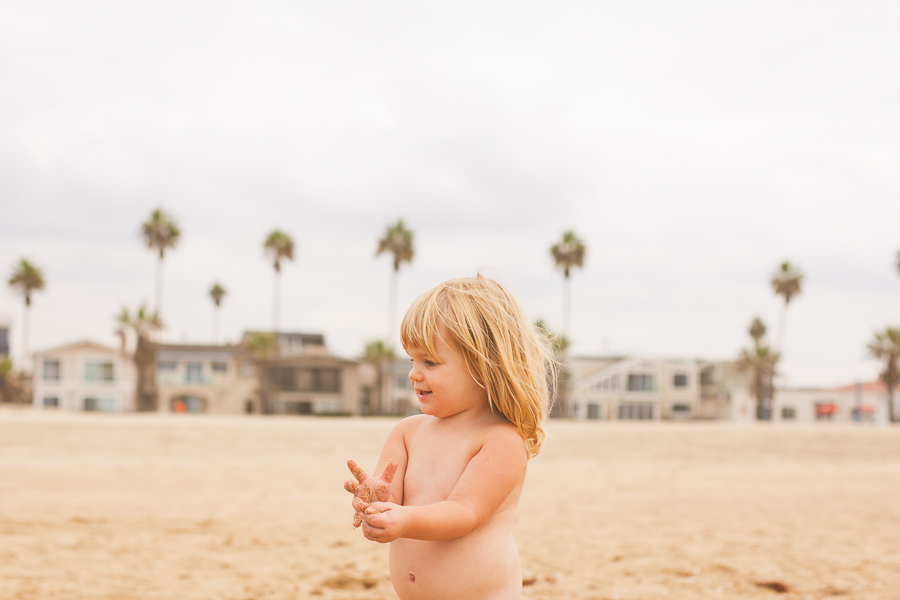 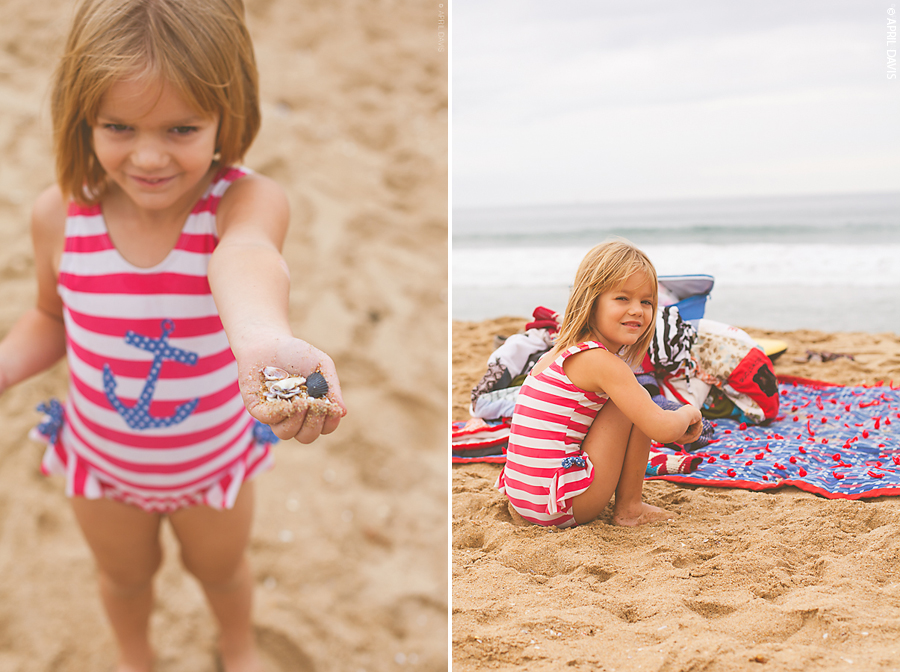 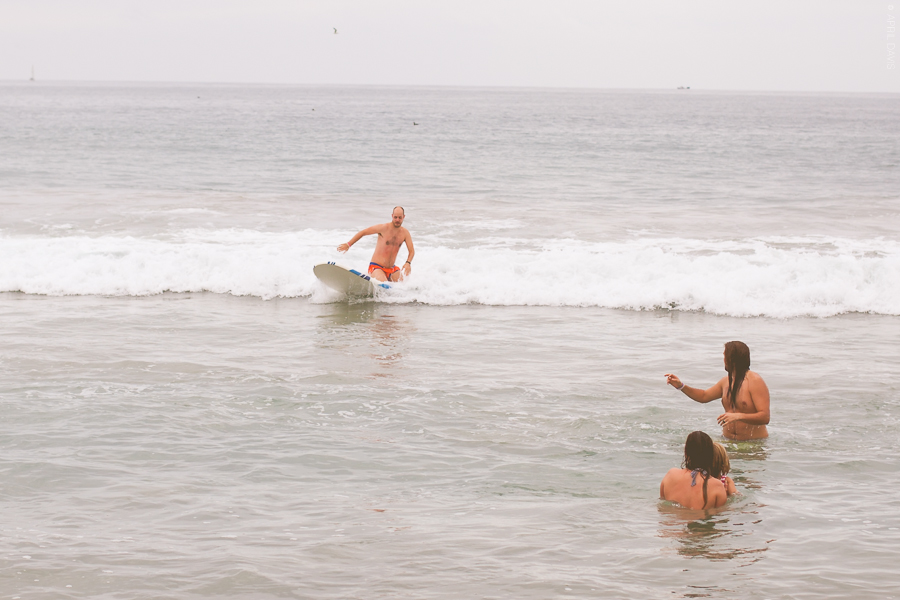 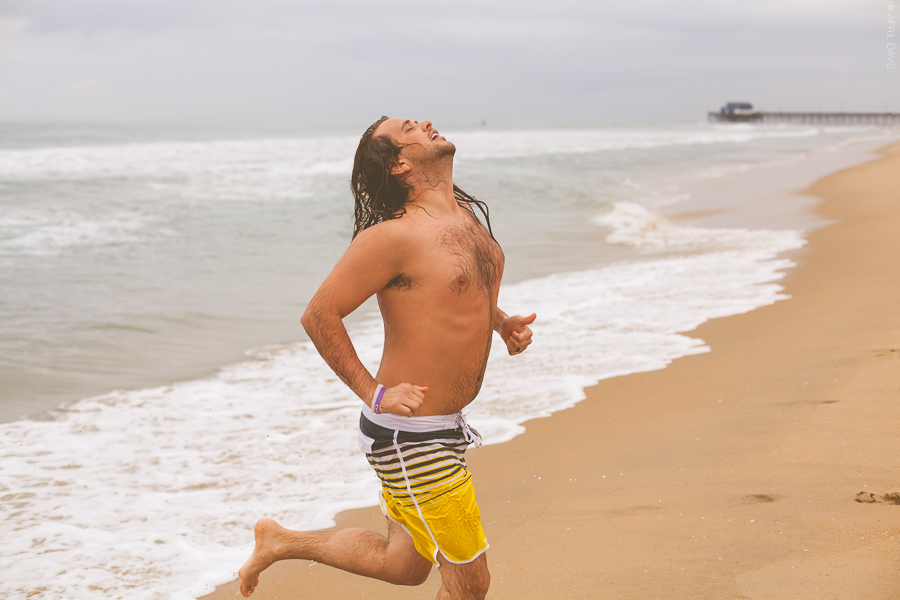 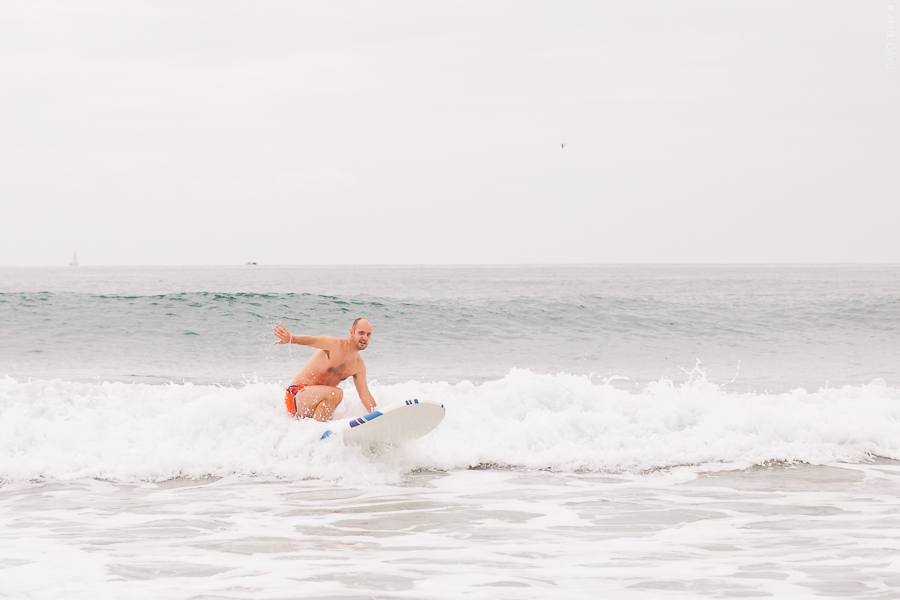 Both Jon and I have never surfed before and it’s a dream we\’ve both had for a very long time.  We\’ve skated, snowboarded, wakeboarded and done a little longboarding so surfing was really just necessary at this point.  Jon managed to get up to his feet a few times and I only made it to my knees.

Which really means that there must be a next time. 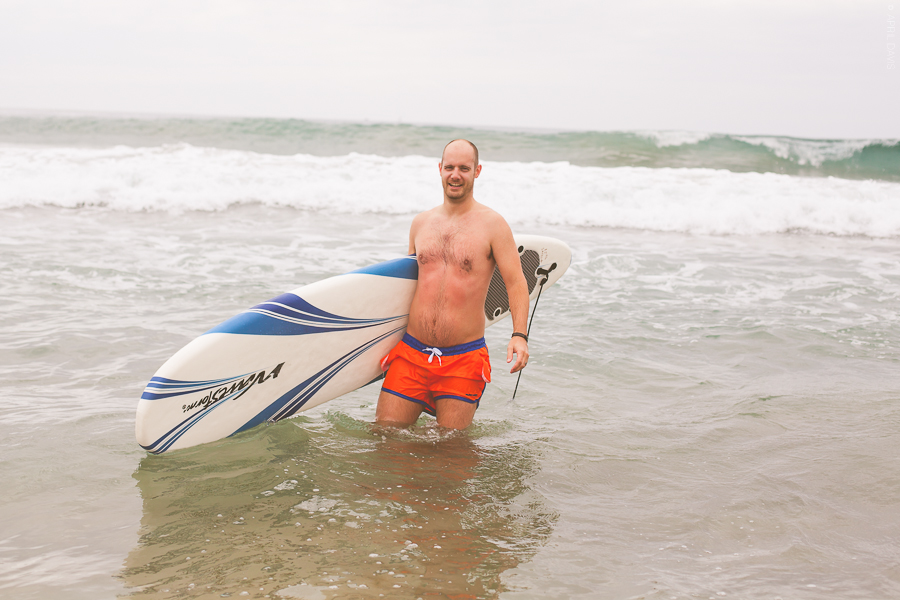 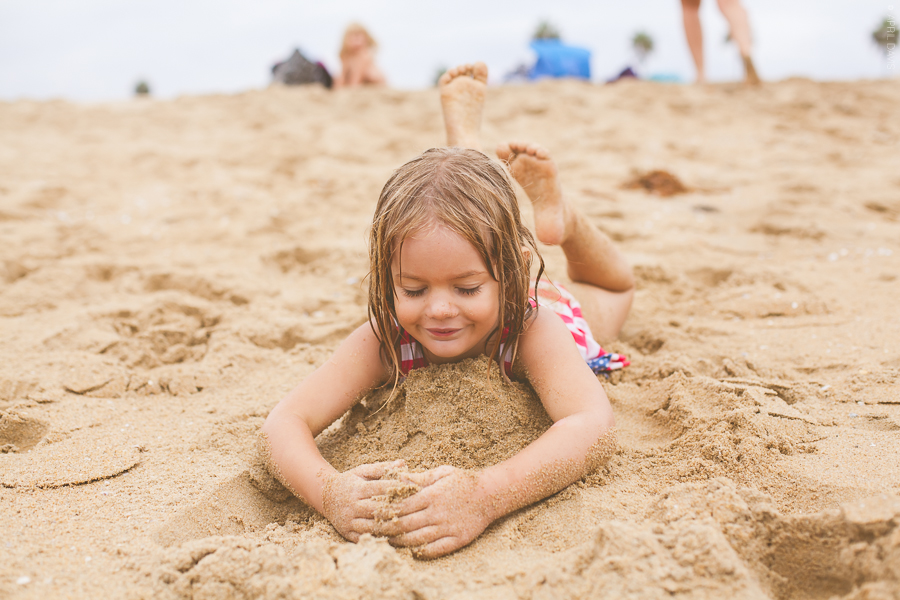 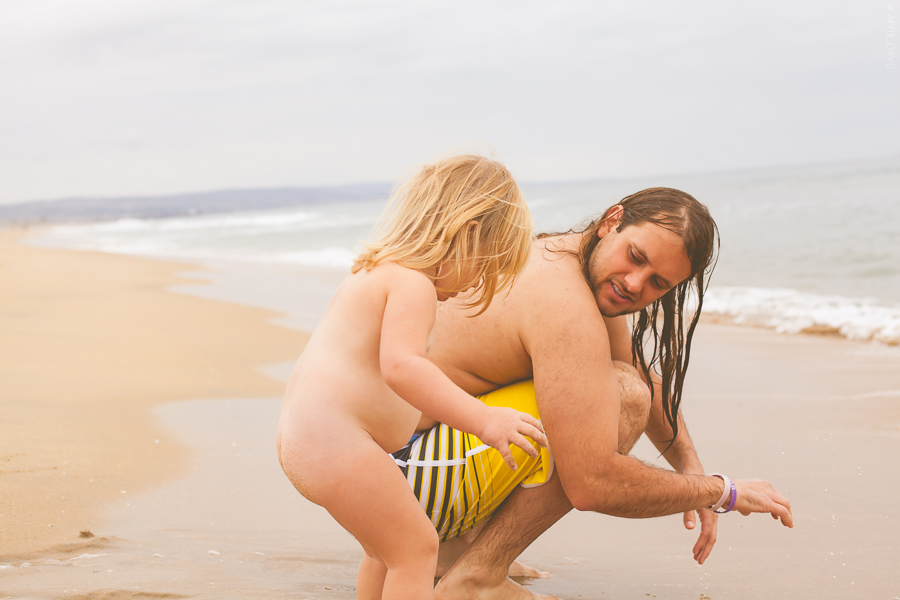 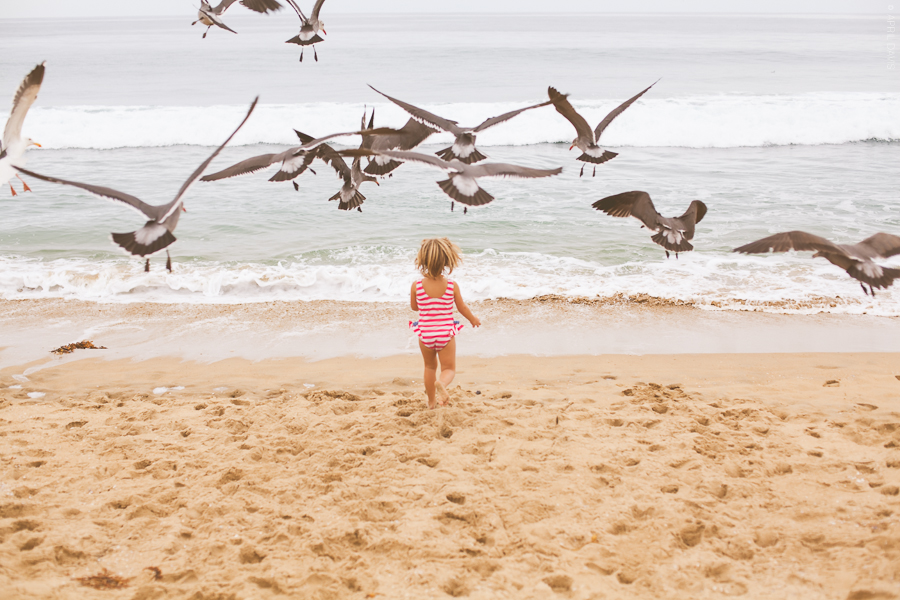 The seagulls were both lonely and abundant.  We were all playing in the ocean when we noticed a crowd of them forming and closing in on the children.  They wanted our food.  It’s all we could do to keep them from carrying off Stella. 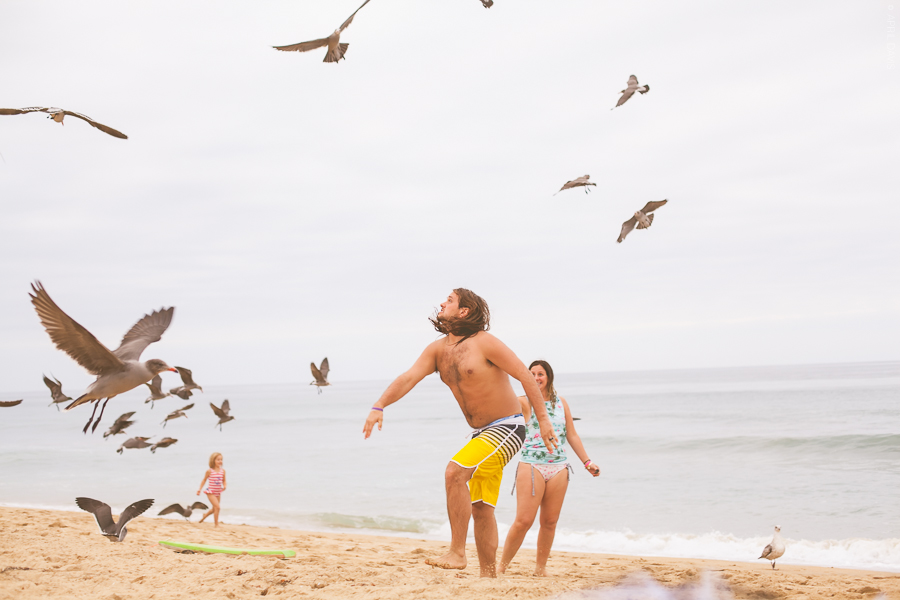 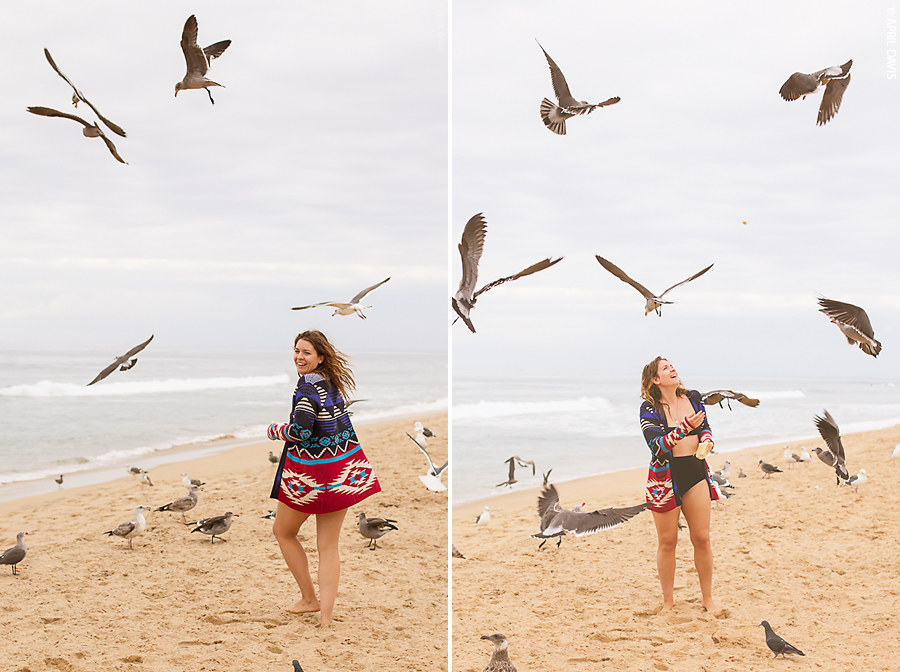 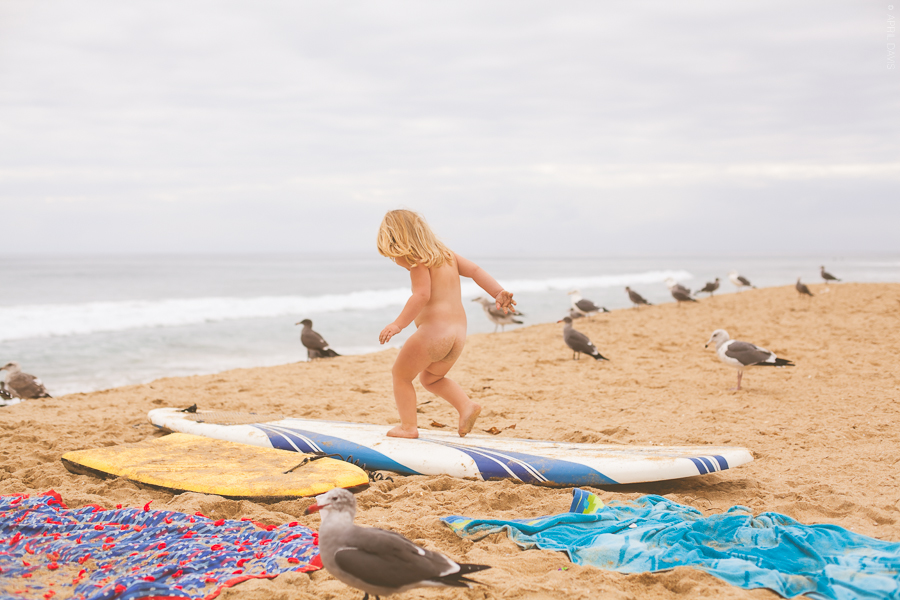 That night we took a ferry to Balboa Island.  We heard rumors that Balboa was the place for trick-or-treating. 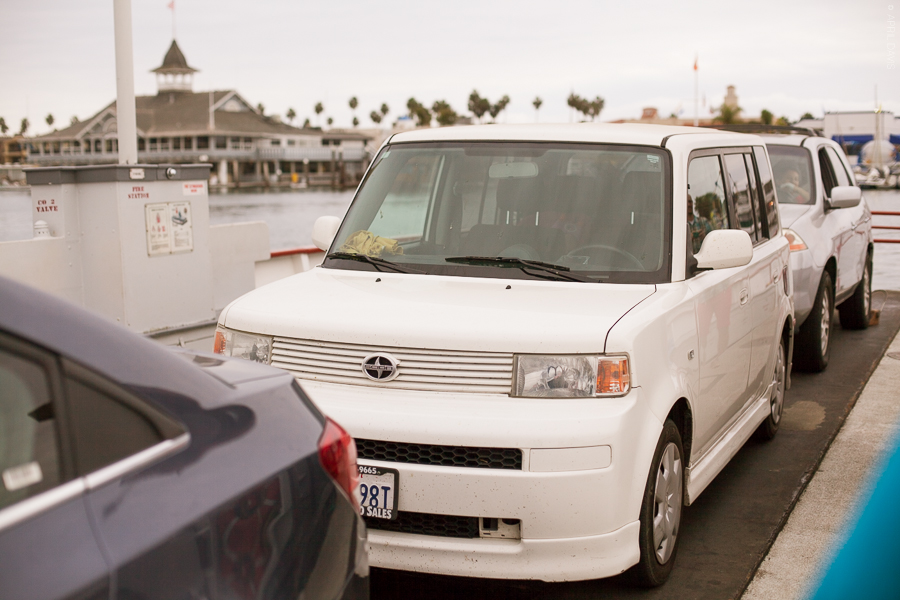 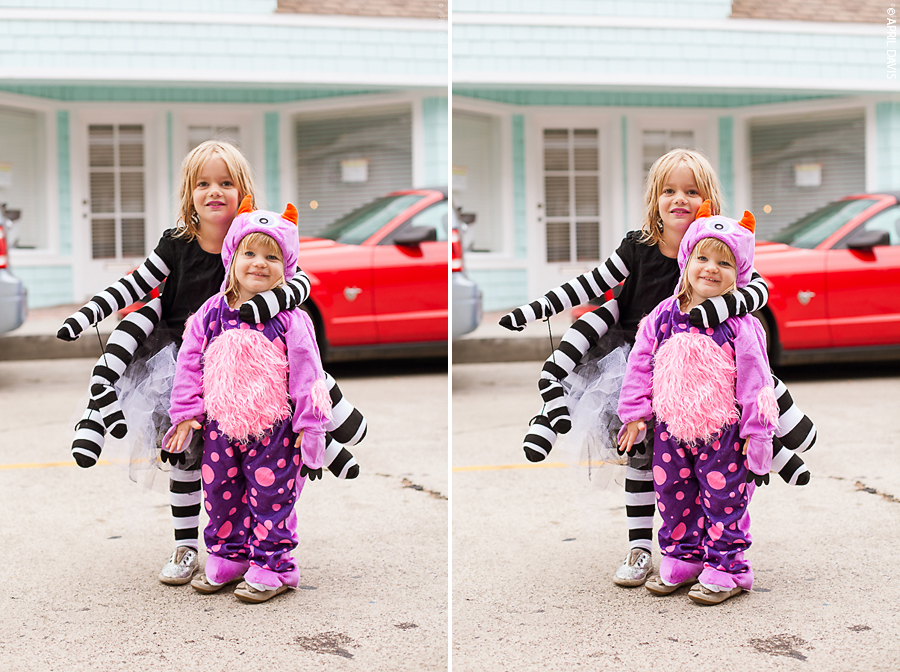 The girls costumes were a hit!  Everyone loved both of them!  Paisley insisted that she be a spider so a spider she was!  If she would have fully had it her way she would have been a wolf spider and covered in fur. 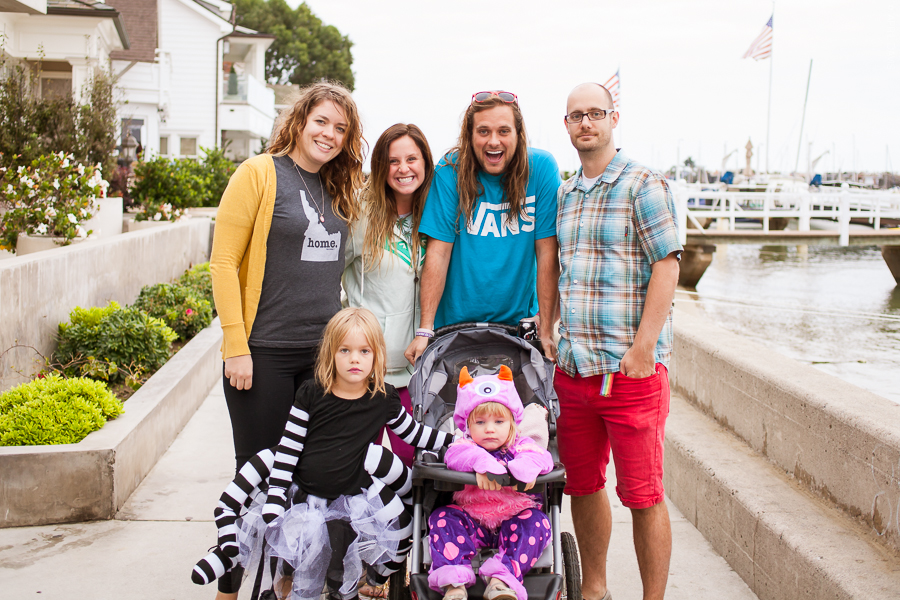 Spider DIY:  We stuffed 4 socks and sewed them to a shirt and then used yarn to tie those to her sock covered arms.  Done and done. 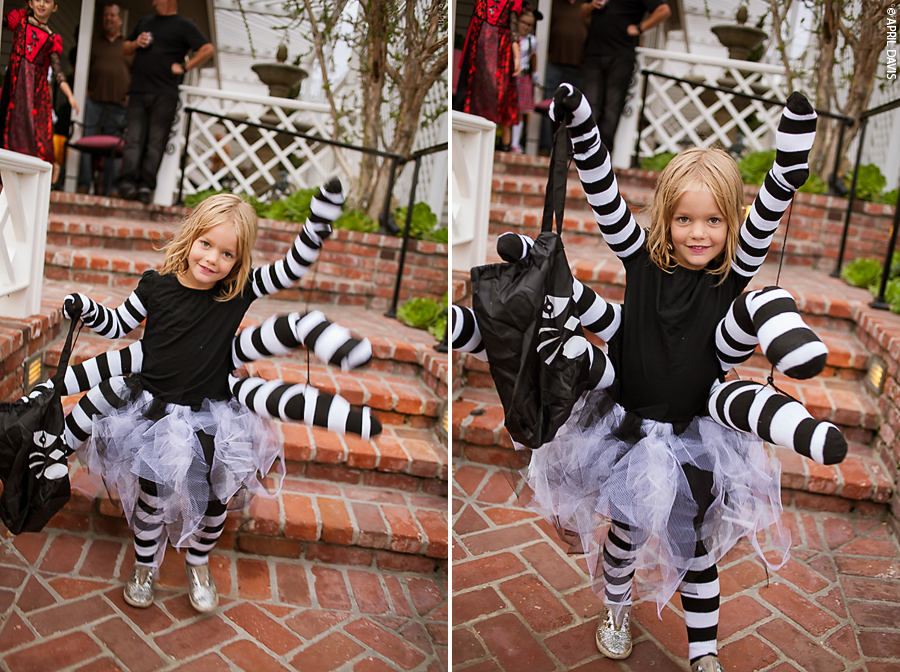 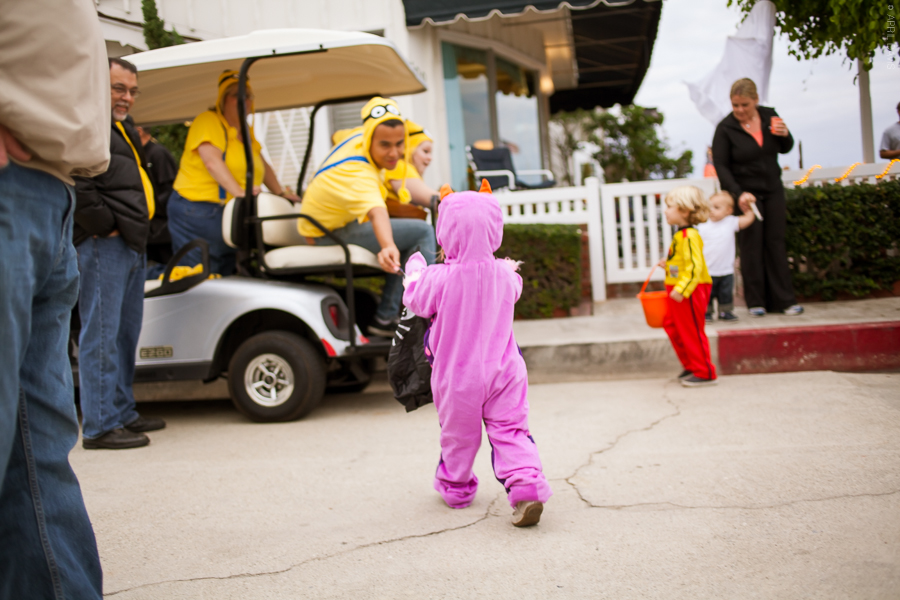 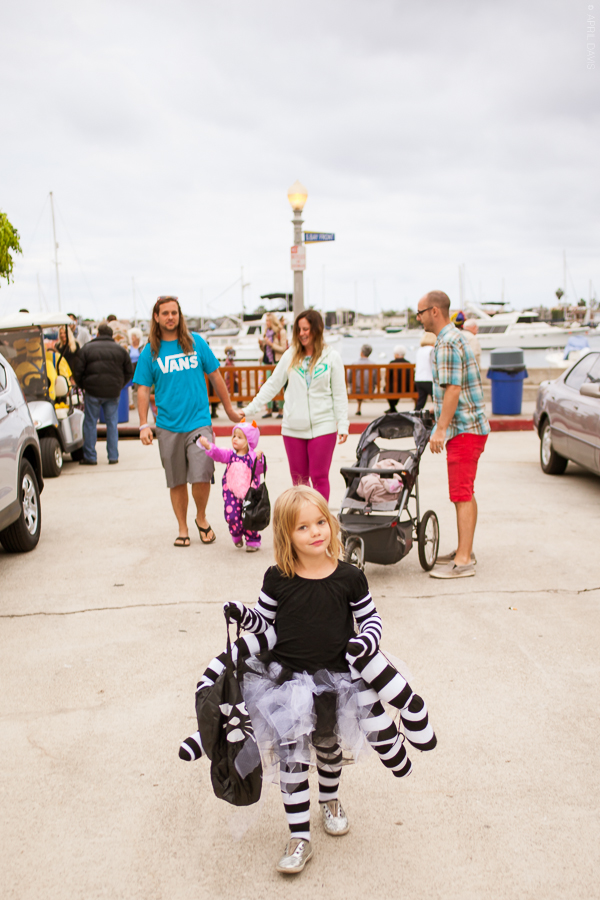 All in all the trip was amazing and way too short!  We came home that night and I wish we could have stayed just a little longer.

It may become a yearly tradition. 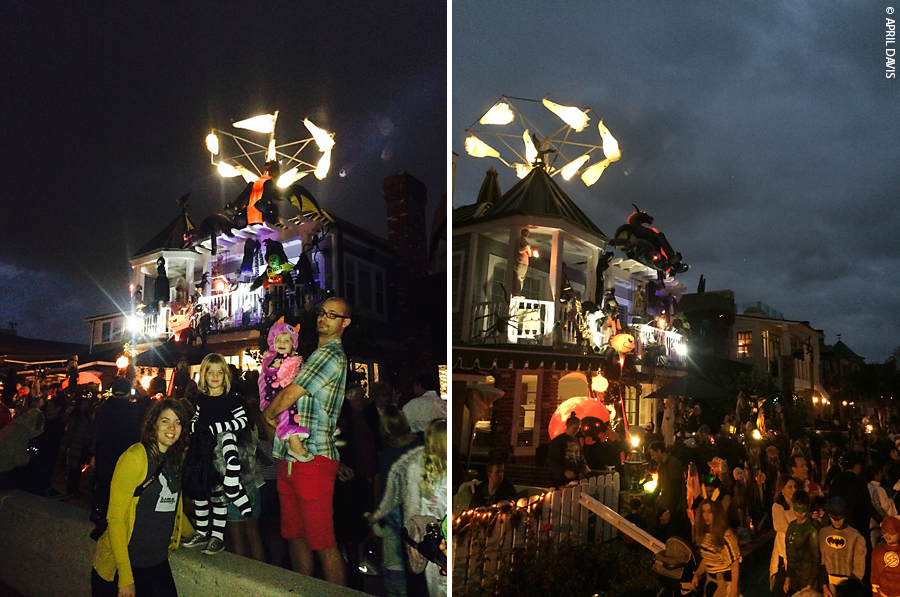