It’s going fine?  It’s good?  We’re tired?  I cry a lot?  It’s nice that everyone asks, but do they really want to know?  It’s hard to explain how type 1 is going for us.  Type 1 Diabetes is just a lot.  I\’ve had many people asking many questions so I thought I would answer them all in one place:

How is Stella doing?

She’s really doing so well.  She’s just taking it all in stride.  She doesn’t like shots, but she deals with them.  She hates having her finger poked, but she deals with it.  We\’ve had our share of additional tantrums and frustration from her, but that’s to be expected.  It’s hard because now when she acts out I have to investigate-is it the diabetes or the fact that she’s 5 that’s causing the fit? 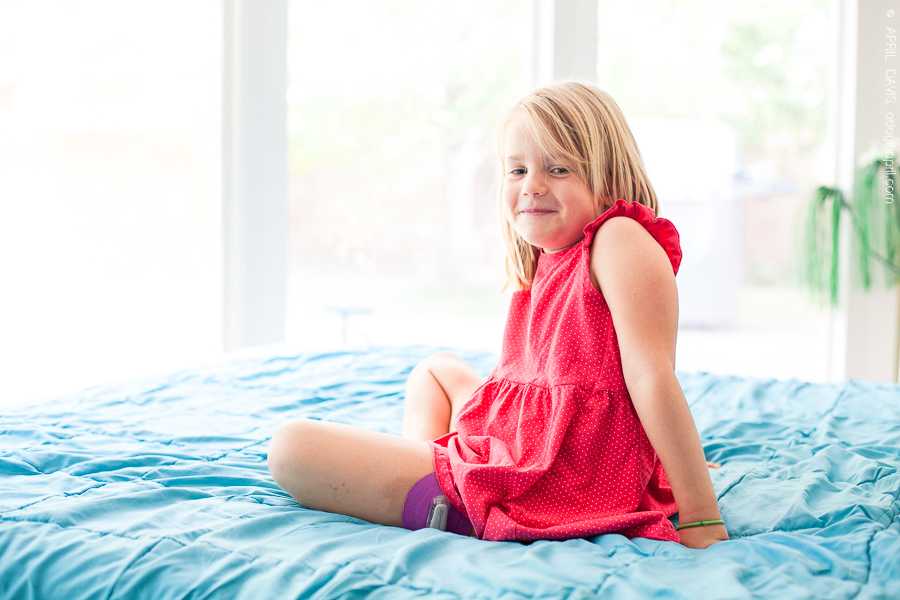 Do you really give her shots every day?

People cannot fathom shots every single day.  It’s almost like they think I\’m over-exaggerating or doing something wrong when I explain that she gets 4-7 shots a day.  Every time Stella decides she wants to eat, we have to be her pancreas and give her insulin to help her use her food and not overload her blood stream with sugar.  For our standard 3 meals a day, she gets shots.  If she wants a snack, she gets a shot.  Shots! Shots! Shots! (but not in a fun way).

Are you going to get her on the pump?

I have now talked to several people that believe that an insulin pump=artificial pancreas.  Those things are not the same.  We recently (finally!) got her on a device called the Dexcom and that has been a huge improvement.  She wears a small monitor that places an electrode under her skin and updates us every 5 minutes about what her current blood sugar is.  This means that instead of poking her finger 4-6 times a day, we only have to poke her twice a day to calibrate the device and we have a warning when her blood sugar goes to high or too low.  Knowing that an alarm will beep if her blood sugar dips too low at night has been life-changing because anxiety was definitely keeping us up at night.

The downside of this amazing device is that she is stuck with a sticky, itchy thing on her leg that she doesn’t love.  I\’m hoping that she grows used to it because currently she asks me everyday if she can take it off.  The saddest part is that yesterday she asked So, I can take this off when I\’m a grown-up right?  When I don’t have diabetes anymore?  I\’ve had to gently explain that she will always have diabetes, but in our family prayers at night she still asks if she can get better.  It breaks my mama heart.  I hope she doesn’t have to live with it her entire life either.

As far as a pump goes, we’re in the application process.  You have to manage diabetes for 6 months manually to apply for the pump so that you know what you’re doing.  The pump does not dose itself and we will still be calculating all of her doses and counting every carb that goes into her mouth.  A pump will be super nice though because then we aren’t having to give her a shot every time she eats-we can just have the pump give her that dose of insulin.

The blessing of these 2 devices is that they have found that using them makes diabetes management not only easier, but more effective.  The way the pump doses insulin more closely resembles how a pancreas does it and the continual glucose monitor gives us priceless insight into how well she’s being managed.  It also offers us some peace of mind (sleep).  We’re really excited to have the Dexcom, and hoping we can soon get going with the pump.

How is the rest of the family doing?

Paisley is struggling you guys.  I would actually love some insight from any of you that are dealing with severely traumatized/severely jealous siblings of your child with extra needs.  We\’ve paid more positive attention to her, given her opportunities to help, explained over and over and over and over that we do not love Stella more and that we just have to pay more attention to her because she needs extra.  It doesn’t seem to matter what we do, Paisley feels like she just isn’t getting the love she needs and she has now told me multiple times she really wishes she had diabetes.  As soon as I offer to poke her finger and check her blood sugar she no longer wants diabetes, but she would really love the attention that comes with it.  Between adding the extra sibling and then Stella being diagnosed she has been struggling.  I really don’t know what to do because we’re a little maxed out and no matter what I do-Stella just needs more attention day to day.  Advice?

Fox is just the cutest and loves everyone and everything.  He is by far my worst sleeper and between diabetes checks, his milestones waking him up at night, the puppy needing to go out, general anxiety and Paisley’s nightmares…you can count on someone always being awake here during every hour of the day or night. 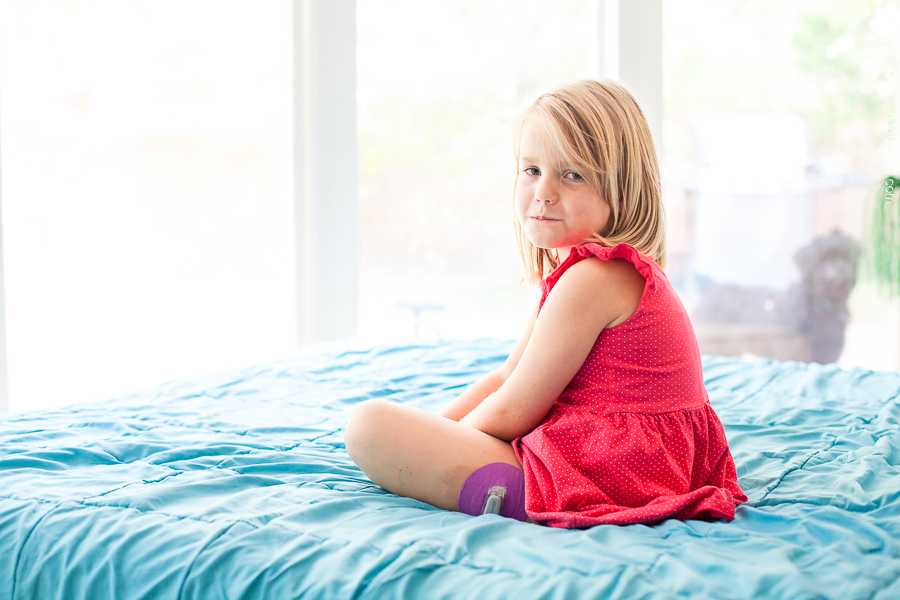 How are you doing? (I think I also speak for Jon in all of this)

I\’m still here!  I\’m ready for things to just settle down.  I spend my day feeling all the things.  One moment is intense sadness for her and what she’s going through, the next is scatter-brained, exhaustion driven restlessness at how strict our routines need to be to manage her well.  The next is mourning for the loss of the life I pictured for her, for me and for our family, and the after that, the intense guilt because we have it so much easier than any generation before us.  100 years ago they would hand you your diabetic child and apologize because there was simply nothing they could do.  50 years ago they were still needing to sterilize very large needles at home when they would give insulin.  Today I can push the mic button on my phone and ask how many carbs are in strawberries and google will happily help me manage my daughter’s diabetes.  It’s not fair how good we have it now and I\’m still struggling with it all.

I have been told that I can’t compare myself to those that came before us, but I just can’t not.  I feel like the overwhelmed spoiled brat, and that’s just not my favorite place to be.  I know over time I will allow myself some grace for this, but in the meantime I just feel all the things.  Going to Primary Children’s really solidified that in the realm of children’s diseases diabetes just really isn’t so bad.  I get to keep my baby, at home, living a fairly normal life-so how can I possibly complain?

One of the biggest blessings in all of this has been the diabetic community.  The day I posted about Stella being diagnosed, fellow mothers of diabetics wrote me messages inviting me to one support group or another, offering kind words of encouragement and advice.  In my own extended family I have cousins with type 1 and all of them have reached out to help and support us.  I had no idea how many people have been affected by Type 1 and the outpouring of love we have received has been absolutely incredible.

The day-to-day is still becoming more routine, but at least once a week we get half way through dinner only to remember that we forgot to test Stella, and how big were her servings and how many carbs is in all of that??  Between her and the baby, the puppers and her sister it’s a whirlwind of things around here, all the time, all day and all night. (#i\’llsleepwheni\’mdead)

1 thought on “THE BETES: HOW IS TYPE 1 DIABETES GOING FOR YOU?”